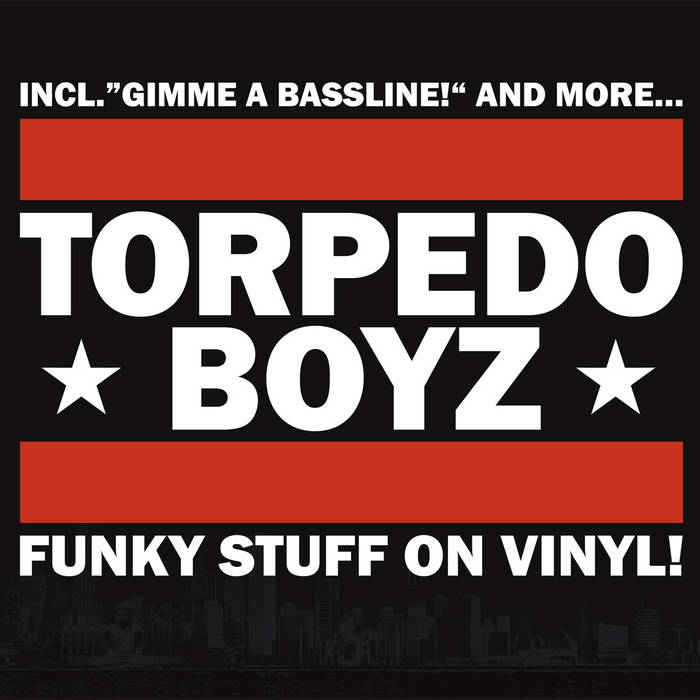 Torpedo Boyz strike back! Following some unbelievable live shows in Russia, Poland and selected German cities as well as Kentastic’s extraordinary DJ gigs in Canada and the USA the funky collective took some time off to compile a double vinyl edition of their rarest, most sought after, fattest, most sold out and simply best tracks from their previous five 12inch singles and two albums.

„Gimme A Bassline!“, a top 5 hit in the German Club Charts and the opener comes in its original mix. This was the Torpedo Boyz first 12“ release. A classic without a doubt, it appeared in a limited editon of 500 copies when released in 2004, quickly sold out and has been not been available since that time. Side A also features the „Vocal Single Edit“ of „Are You Talking To Me???“, still a massive dancefloor burner around the globe and now available again at last!

„Gimme A Bassline“ as a mix-friendly instrumental cut plus the completely „Crazy Torpedo Accapella Clash“ will need no explanation: This is funky stuff on vinyl, Torpedo style!