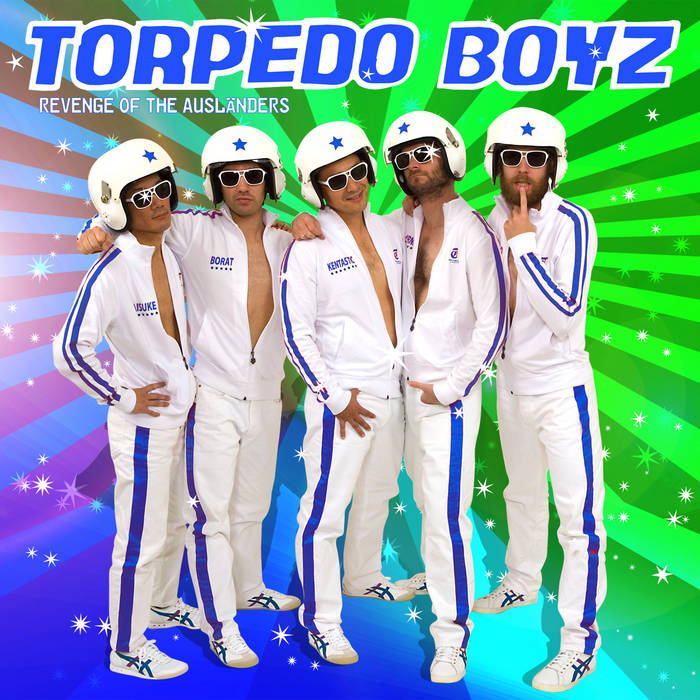 „Return Of The Ausländers“ was the third album by the Torpedo Boyz, released in May 2010. Loads of things happened in the meantime: The band has been invited to most major German TV stations following their surprise hit „Ich bin Ausländer (leider zum Glück)“, the accompanying video clip enjoyed a stream or two on Youtube and Kentastic and his Boyz were playing DJ and live shows mostly in the USA and Germany.

To keep the fire burning the Torpedo Boyz dug in their „Ausländer“ crates and discovered the instrumental version of the album. Without a doubt, „Revenge Of The Ausländers“ is the perfect companion to the regular vocal release. Apart from the 10 album track instrumentals this longplayer also features five remixes which have only been available on vinyl until now or are as yet unreleased.

Lack Of Afro’s and Infragandhi’s reworks of „Welcome To The Sugar Show“ were only released on a 12“ single so far, and Nick Fonkynson’s take on „Ich bin Ausländer“ is a completely fresh, unreleased tune. To round things up „Revenge Of The Ausländers“ includes Torpedotrickser’s floor filling mix of „Back To The Beatz“.