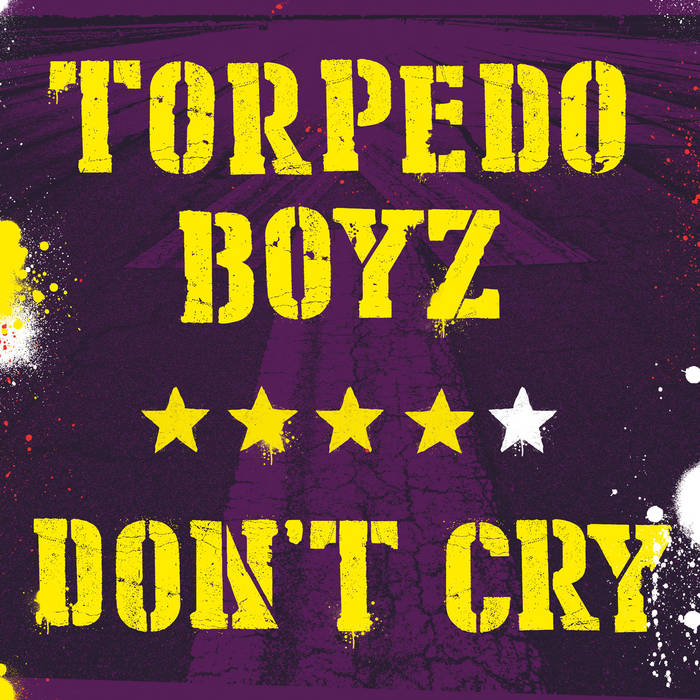 „Don’t Cry“ was recorded in Berlin by Torpedo core duo Rollin Hand and Kentastic during the first half of 2015 - and mixed by Patrik Majer. In true Torpedo Boyz fashion the album features a global line-up of funky guest musicians. Carl M. Smith aka Loop Rider, the Berlin based, US born and New Mexico raised mixed-media artist and musician supplies the freaked-out vocals and lyrics to "Slowly Fades Away" and "Roadside". Spanish singer Ana Lalonde, formerly of The Anna Thompsons, drops some cutting edge culinary vocals on the first single "Bocadillo" (available as a limited free download), while Wynton Kelly Stevenson, harmonica beat box genius from New Jersey (and son of Nina Simone and Lloyd Price collaborator Rudy Stevenson) adds the furious harmonica on "Roadside". Not to forget, „Don’t Cry“ also features an array of long-time Torpedo friends Daisuke Isomichi, Rene Bosem and Hannes Marx from Pitchtuner.

While Torpedo Boyz went through tough times after the release of the acclaimed „Return Of The Ausländers“ album, the existence of the band was never in doubt. „Lyrically we are dealing with what happened to us in the last five years,“ explains Kentastic. „These were rather rough times, personally and musically, trying to cope with the loss of long time friend and original Torpedo Boy Returner as well as a devastating bouquet of divorces inside the band and their turmoil and consequences.“ This is exactly what makes Torpedo Boyz a strong band: Collecting from the rich catalogue of pop music, ranging from Britpop to Hiphop, from Electro to Breakbeat, Rollin Hand and Kentastic are truly able to create a colourful pop canvas full of little hints towards the history of pop music, which perfectly suits the smart and deep lyrics working on a meta-level between personal reflection and public entertainment.

Torpedo Boyz played their last major show in 2011 in Almaty/Kazakhstan. With „Don’t Cry“, the second rousing and noisy guitar-pop single „Grlfrnd“ and the accompanying video plus a series of release gigs in their hometown during 2015 the band will be back on stage during 2016.